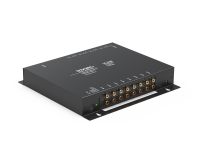 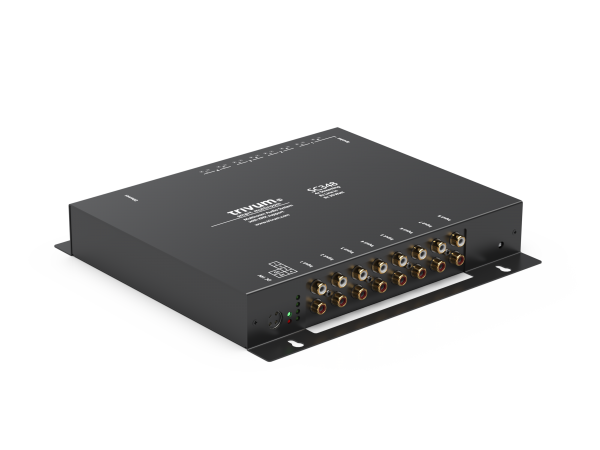 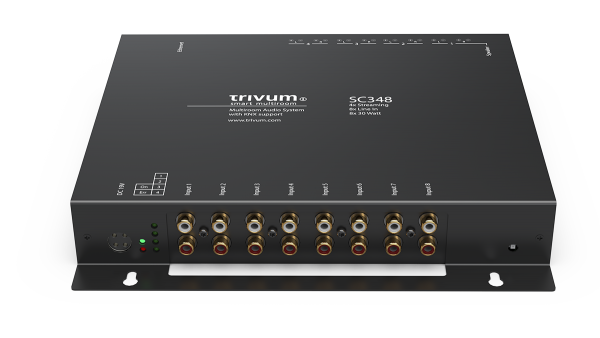 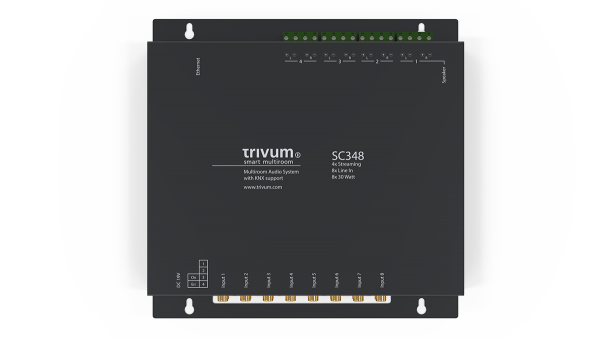 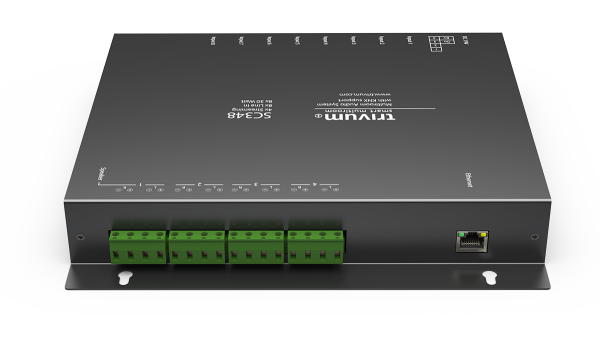 The SC348 is a 4-way amplifier, 4-way streamer and central unit with many external inputs in one.

It has 4 independent streaming sources. And that's not all: the additional 8 line-in inputs make the SC348 a control centre for external sources.

Thanks to our intuitive app, the system is very easy to use - on smartphones as well as in a web browser or on the trivum TouchPads. Thanks to the trivum t3OS operating system, the trivum SoundSystems are both simple and very flexible. It contains many additional functions that make the SC348 a powerful central unit in any home.

Do you want to see right now if everything is as described? Then try it right now with our demo systems, which we have at trivum in Stuttgart. It's a SC044 SoundSystem running the t3OS V9. It is the same operating system as on a SC348. Or visit our demo area! 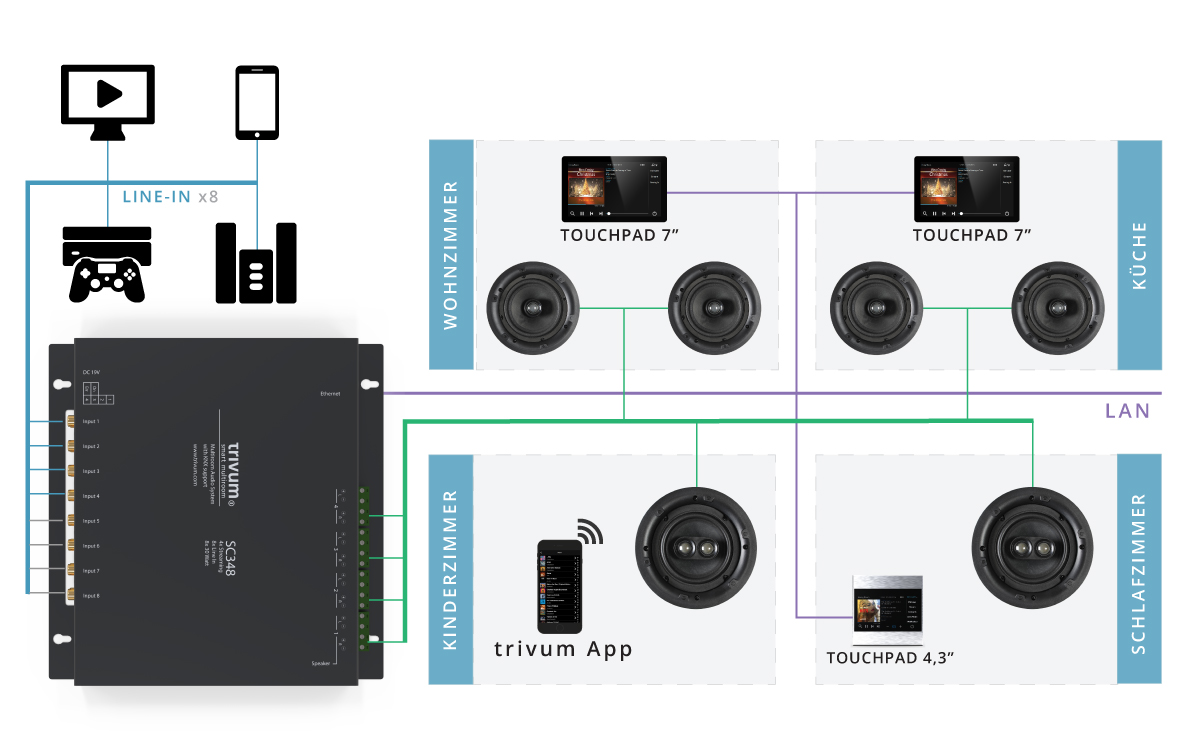 The example shows what a trivum Multiroom audio solution can look like. The SC348, integrated into the local network (LAN) via CAT-5 Ethernet cable, plays independent music streams in the living room, children's room, bedroom and kitchen. In addition, the sound of the connected external devices (TV, MP3 player, record player, etc.) can be reproduced in all, several or any zone. In this example, the trivum Multiroom System is controlled via the trivum TouchPads and the free trivum App. 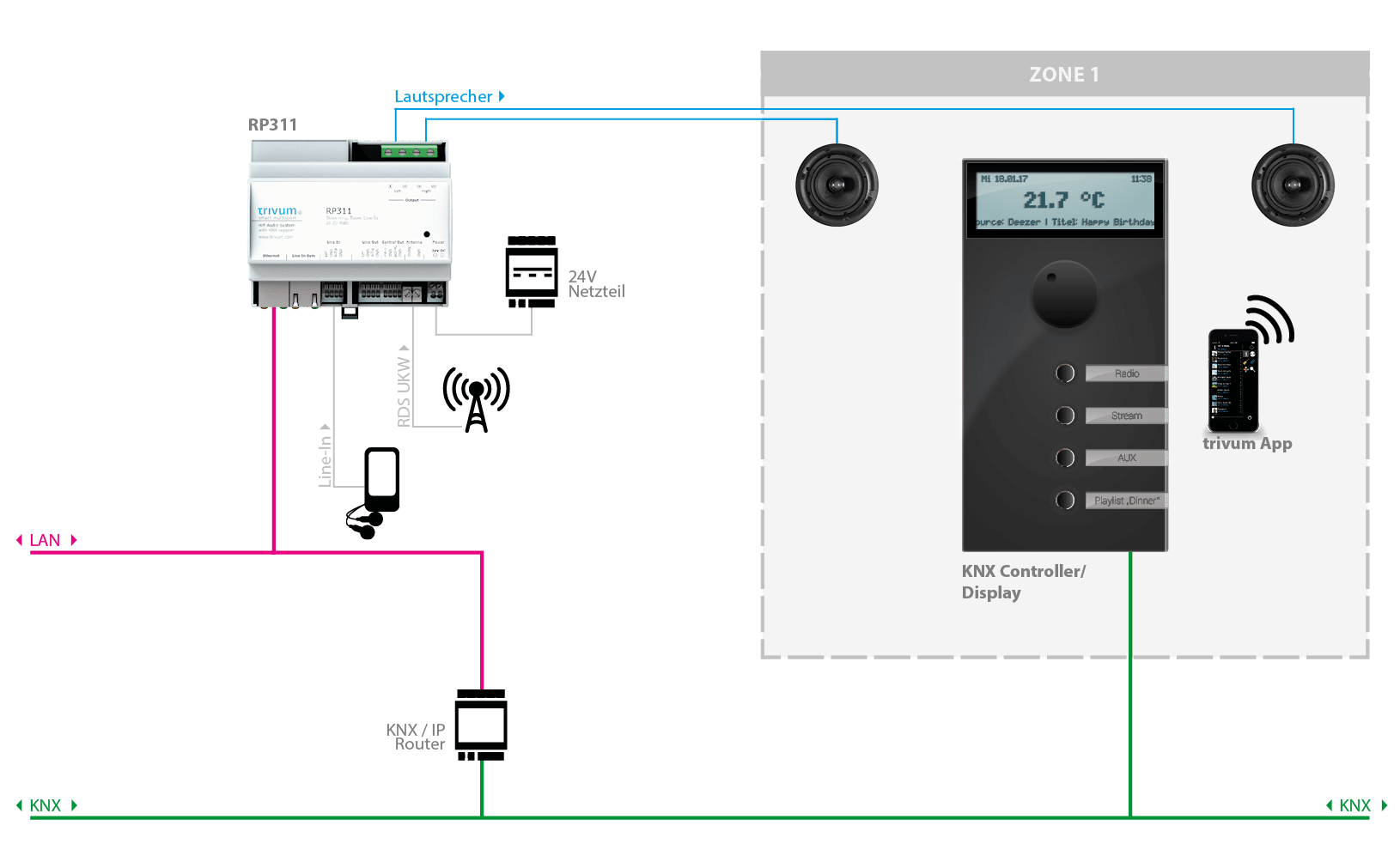 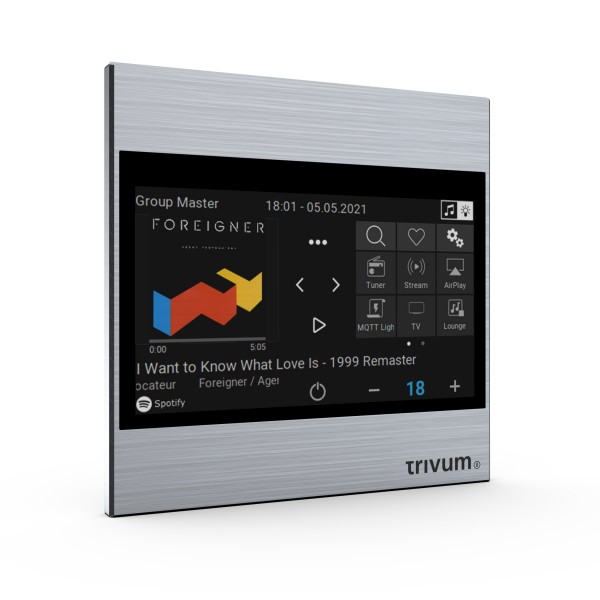 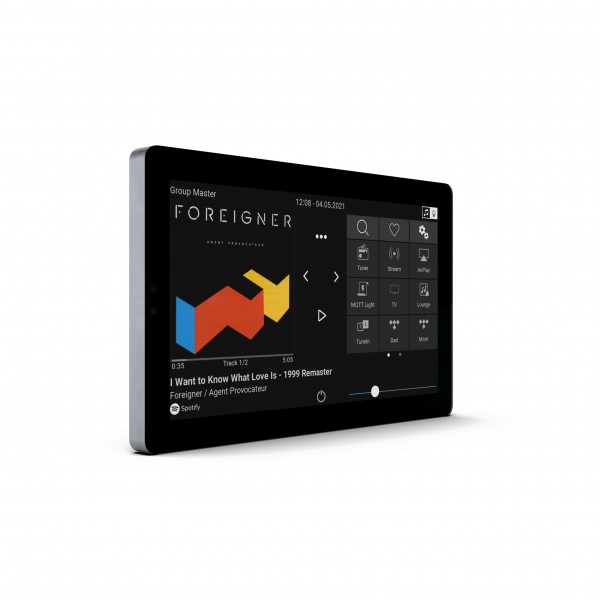 TouchPad 7
€663.87 *
Follow us
We use cookies. Some of them are technically necessary (for example for the shopping cart), others help us improve our website and to offer you a better user experience.